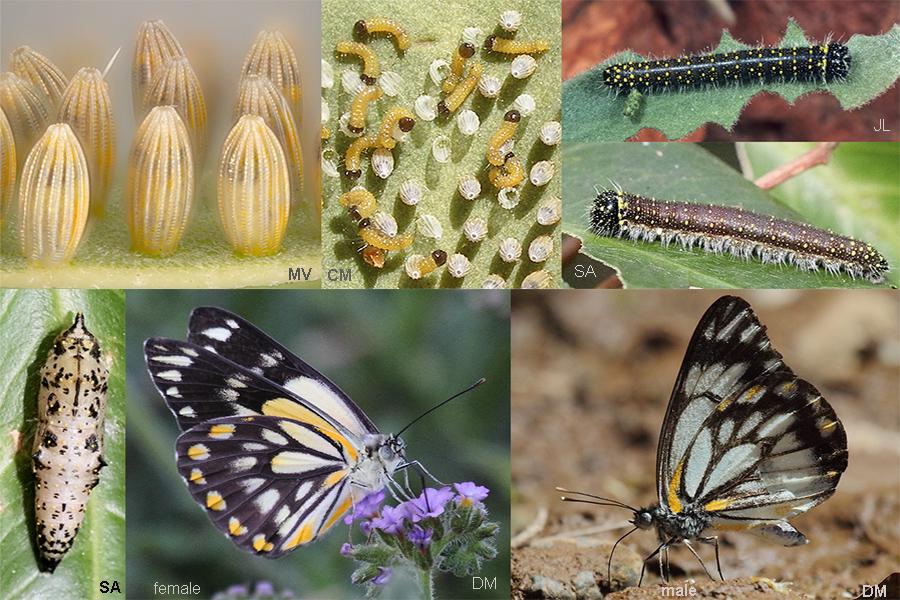 Butterfly of the Month - November 2021

Caper White (Belenois java)
This butterfly is common and occurs in most parts of Australia. The adult has a wingspan of 55mm. Upper and underside of the wings of males and females show variations as can be seen in the above photograph. The female has more black and yellow markings on the underside while both are white on the upper side with the black markings at the outer wing edges resembling those of the underside.

The female lays eggs in large clusters on Capparis spp, the larval host plants for this species. It’s not surprising that the feeding can lead to a temporary defoliation of the host. Male butterflies patrol areas where groups of pupae occur to mate soon after a female emerges.

Spring is migration time. Those adults eventually arriving here leave their regular breeding areas west of the Great Dividing Range near Toowoomba when conditions are right, i.e. when enough rainfall has provided sufficient new growth on their larval hosts in other areas. Migrating numbers vary from year to year and can be very large, like we remember from last year. Don’t be surprised if you see a large cluster of them descend on a particular flowering plant in your garden. You may have observed Caper Whites fly steadily only up to 3m above the ground during migration. Their flight direction is north-east and south-east only to be reversed westwards when the season is over.